See the lava lake and red glow in the park after dark!

roads and trails to the summit with

to be Exempt From the 10-day Quarantine

Hawaii has eliminated its pre-travel testing/quarantine requirements for domestic travelers who have proof of being fully vaccinated in the United States.

inter-island travel between the Hawaiian Islands

Hawaii, like many vacation destinations, is currently experiencing a rental car shortage.

We suggest Turo as an alternative to the main car rental companies. Hawaii Tourism Authority (HTA) advises visitors to plan ahead and book their car rental first before making the rest of their travel arrangements. For additional resources, HTA has just posted a list of alternate transportation options.  You can find the list on HTA’s website:

International Travelers, NON-U.S.  citizens traveling directly to Hawaii from an international destination must present BOTH vaccination records AND a negative COVID-19 test results (NAAT or antigen) within 3 days of boarding a flight to the United States. Please check Hawaii Safe Travelʻs Website.

U.S. Citizens flying directly to Hawaii from an international destination have two options:

Our boutique B&B celebrates travelers with a passion for adventure arriving from the mainland. The enchanted rainforest is calling you to be our guest and enjoy our Hawaiian lifestyle.

Sign up for our newsletter for our latest updates

Welcome to the Volcano Rainforest Retreat 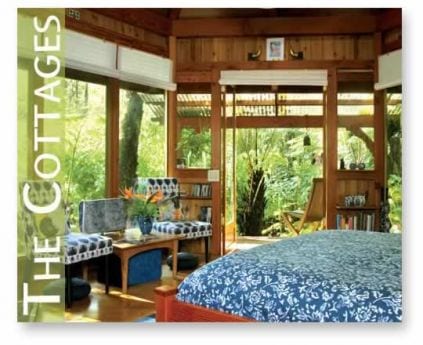 Volcano Rainforest Retreat Bed & Breakfast offers a casually elegant Big Island lodging getaway with four architecturally distinctive private guest cottages. Savor the contemporary appeal and charm of rich wood interiors with floor to ceiling windows that look out into the heart of the rain forest. Relax in a private hot tub only steps from your door. A few minutes drive to Volcano Village offers a variety of charming restaurants, quaint cafes, eclectic art galleries, farmer’s market and historic homes. The B&B, nearby village and national park is a must-stay destination.

The bed & breakfast retreat is nestled under a lush canopy of giant tree ferns and lofty Ohia trees in a native Hawaiian rain forest, 3800 feet above the sea, on the slopes of Kilauea Volcano. Each retreat accommodation is set into the misty mossy surroundings with deep respect for its wild natural beauty, and emerges as a living part of the primal landscape. The magical rain forest setting offers world travelers an intimate getaway, a peaceful retreat and an active adventure in a place of great natural beauty. 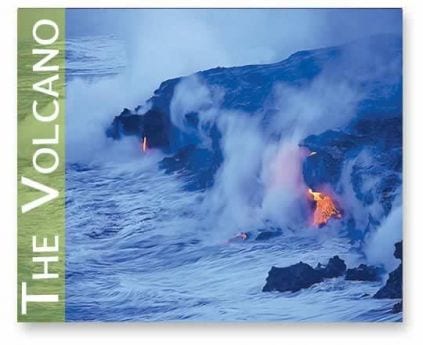 Kilauea Volcano - Scientist reported that the lava lake eruption in Halema'uma'u at the summit of Kilauea Volcano has erupted again on September 30th.

Hike along the crater's edge and view the remarkable geological changes at the summit of Kilauea Volcano in Hawaii Volcanoes National Park, ten minutes from Volcano Rainforest Retreat B&B. Witness the 2018 1600ft collapse of Kilauea Caldera.  The trails in the park are open and visitors can safely walk along the crater rim. A few miles from Volcano Rainforest Retreat B&B, hike, bike or drive the magnificent landscape at Hawaii Volcanoes National Park, the Hawaiian Islands’ most visited natural attraction. Explore primal rain forest, lava tubes, desert trails, ancient petroglyphs, old lava flows and new land where the lava once entered the sea from one of the most active volcanoes on earth. Experience ‘aloha aina', love of the land, and the enduring spirit of the Hawaiian people and their culture. 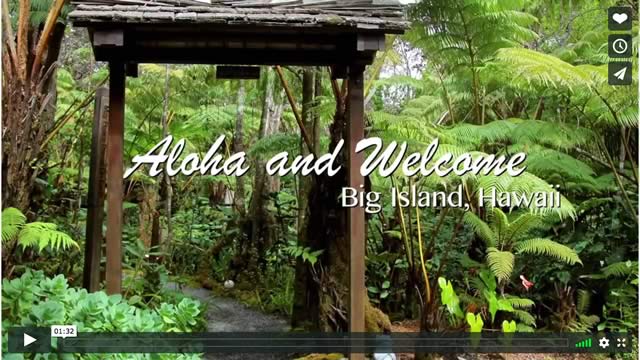 Reviews from millions of Tripadvisor travelers place this Hotel
in the top 10% worldwide. 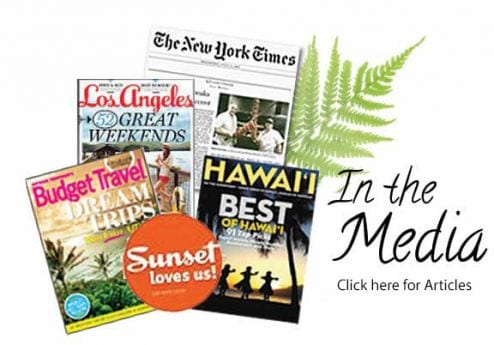